Researchers found having the optimal number of nurses available to care for patients in an acute stroke unit was the best predictor of survival – after other factors like age, blood pressure and the severity of the attack were taken into account.

Just one additional trained nurse per 10 beds could reduce the chance of death after 30 days by up to 28%, according to the study. Meanwhile, the chance of death a year after someone had a stroke was cut by 12%.
The study, by the University of Aberdeen and the University of East Anglia, was based on data from eight hospitals in the East of England concerning nearly 2,400 acute stroke patients.

Read More
Posted by AIT Library at 12:49 PM No comments:

Butterflies in My Stomach: The Brain-Gut Axis 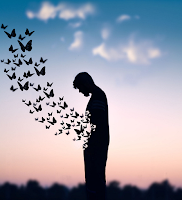 Ever had that horrible sensation of butterflies in your stomach before giving a speech? If so, then you have experienced one of the common ways in which the brain interacts with the gut to influence our thoughts, feelings, and perceptions. In fact, the brain and gut are inextricably linked, to the point that we often don’t realize the important role this link plays in our psychological health. Disorders such as Irritable Bowel Syndrome and Functional Constipation illustrate how important the role of our thoughts and feelings are on our gut function. In this article, the link between the brain and the gut in our physical and psychological wellbeing will be discussed.
Read More
Posted by AIT Library at 12:16 PM No comments:

Dealing with the Looming Cloud of the Possibility of Early Death 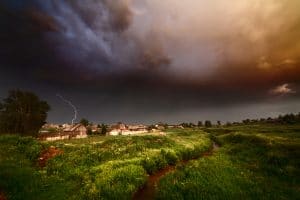 Five years ago, I had breast cancer. To rid myself of it, I had chemotherapy, radiation and a double mastectomy.
Flash forward five years. One day, I noticed a strange, bright red splotch on my breast, the breast where the cancer had been. The doctor did a biopsy of it, and the results came back malignant. It was an angiosarcoma, and the suspected cause was the radiation treatment I’d had five years before. This was a very rare form of cancer that, again, results sometimes from the radiation itself. That which was meant to heal me, made me ill.
On June 10, 2016, I had surgery to remove the cancer.
Fine and dandy. They got clean margins. Then, something awful happened. I was told that I had to have a CT scan to see if the cancer had spread throughout my body. (Nobody told me this beforehand.)
Enter fear, despair and disappointment. Enter the possibility of cancer and, therefore, the possibility of early death.
How am I dealing with this looming cloud of grief that is hanging over my head?
Below are some of my most useful techniques.

Read more on PsychCentral
Posted by AIT Library at 12:07 PM No comments: 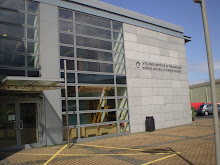